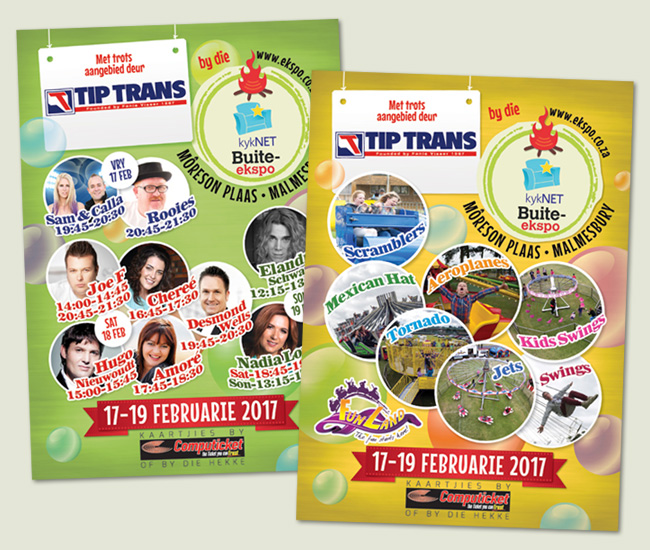 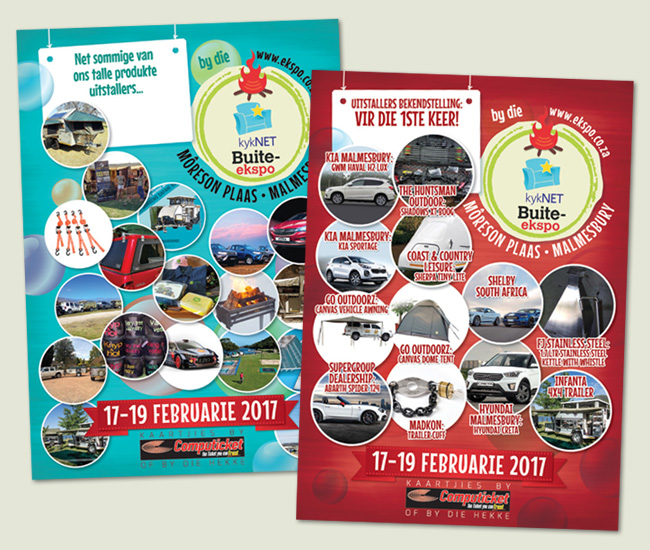 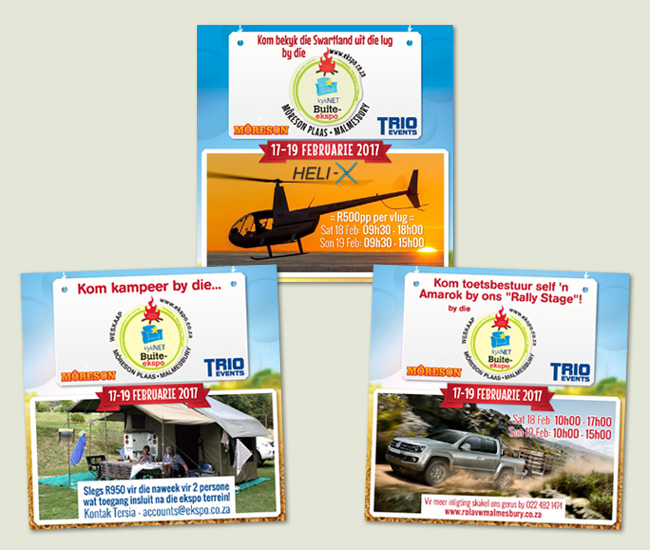 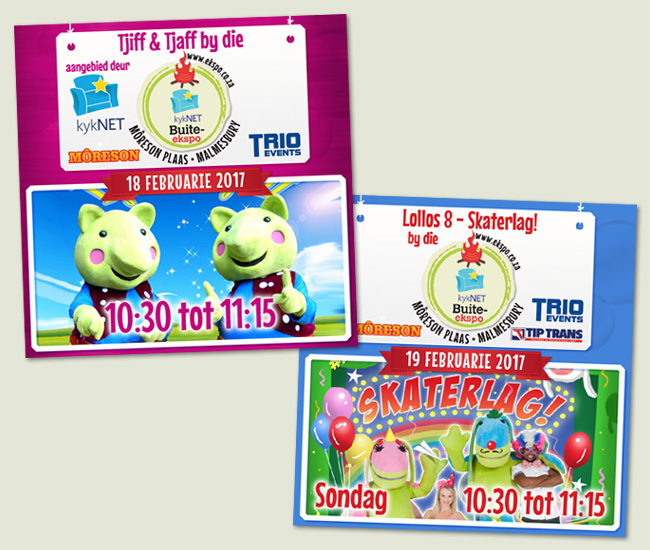 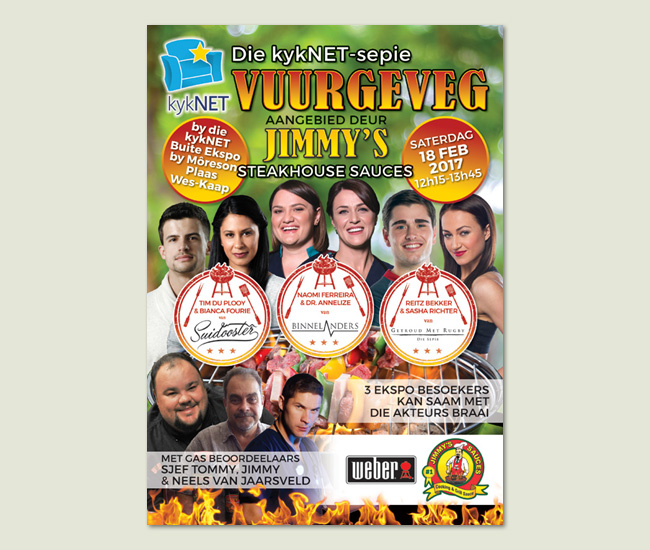 These are some of the adverts created for Trio Events and M4 Events for the kykNET Buite Expo, which took place from the 13th to the 15th of February 2015. The posts appeared on their respective Facebook pages leading up to the event and giving info about various things happening at the weekend event.

Above shows some designs created for some of M4 Events & Promotions in 2014 and 2015. We’ve come a long way together since I designed their logo way back in 2008 – when they were still known as M4 Artist Management. Hetta Saunderson still manages many talented South African artists, but now also does event management and promotions from start to finish. They are still based in Malmesbury, but now manage various fantastic events throughout South Africa too.

Below shows a different format for a Facebook post created for Tiaan Laggenhegger of Kokkedoor, Koekedoor and Makietie fame. Then also an A2 poster design for him and in the middle one with Tiaan and Mynhardt Joubert, who won Kokkedoor 2013 and hosted Makietie on kykNET as Tiaan’s cooking partner. Mynhardt also has a brilliant new cafe in Paarl (called Jan Willem & Seuns se Hoekwinkel) which is well worth a visit and they can both be booked for cooking demonstrations and other occasions by contacting M4 Events. You can find them all on Facebook.